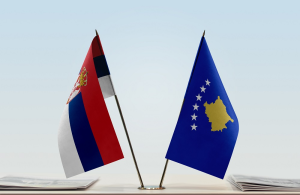 Regional cooperation and good neighbourly relations are key elements in the EU accession process for all western Balkan countries. Serbia and Kosovo have both declared their intention to join the EU. However, despite some initial successes, such as the Brussels Agreement of 2013, the dialogue facilitated by the EU and initiated in 2011 has stalled. In 2020, the Belgrade-Pristina dialogue was relaunched and supported by the international community. The appointment of United States (US) special presidential envoy Richard Grenell and special EU representative Miroslav Lajčák reflected the importance of the normalisation process. However, a lack of coordination and communication between the US and the EU means that no real progress has yet been made. The reasons for the very limited results are multiple, ranging from the internal political situation in both countries, to ambiguous and asymmetrical expectations of the normalisation agreement.

Whereas for Kosovo the final goal is clear – recognition by Serbia of its statehood – for Serbia, normalisation of relations is interpreted in economic terms as an ‘economic normalisation’ and there is only limited space to go beyond those terms. Serbia also stresses that the process must remain within the framework defined by the Serbian Constitution, which considers Kosovo to be an integral part of the Serbian territory, and United Nations Security Council Resolution 1244. Currently, the most sensitive issue, the setting-up of the association/community of Serbian municipalities in Kosovo, agreed in 2013, shows that the challenges are rooted deeply in history and have a much broader regional context.

Read the complete briefing on ‘Belgrade-Pristina dialogue: The rocky road towards a comprehensive normalisation agreement‘ in the Think Tank pages of the European Parliament.