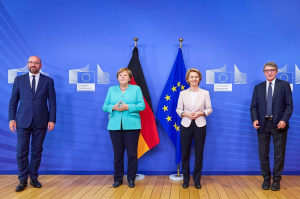 The current multiannual financial framework (MFF), also known as the EU’s long-term budget, comes to an end this year. While the European Commission put forward a proposal for the next MFF and its financing in May 2018, agreement has so far proved elusive under legislative procedures that give a veto power to each Member State. In recent months, the unfinished negotiations have become intertwined with the debate on the creation of a common EU tool to counter the severe socio-economic consequences of the coronavirus pandemic. In May 2020, the Commission tabled revised proposals for a 2021-2027 MFF worth €1 100 billion and the EU own resources system, together with a proposal for a €750 billion recovery instrument, Next Generation EU (NGEU). The latter would be financed with funds borrowed on the capital markets to reinforce EU budgetary instruments in the 2021-2024 period. In addition, an amendment to the current MFF would provide a bridging solution to fund some recovery objectives this year already. The complex negotiations, which involve many different legislative procedures, are now entering a key phase. Issues expected to be under the spotlight include: the size of the MFF and of the NGEU and their interaction; reform of the financing system with the possible creation of new EU own resources; the breakdown of allocations (between policies and Member States); the contribution to the green transition; conditionalities (such as rules linking EU spending to the rule of law or to challenges identified in the European Semester); flexibility provisions to react to unforeseen events; the mix of grants and loans in the recovery instrument; and the repayment of funds borrowed under NGEU. European Council President Charles Michel has prepared a compromise package ahead of the July European Council meeting. If the Heads of State or Government find a political agreement, the next step will involve negotiations between Parliament and Council, since the former’s consent is required in order for the MFF Regulation to be adopted. Parliament, which has been ready to negotiate on the basis of a detailed position since November 2018, is a strong advocate of a robust MFF and an ambitious recovery plan. It has stressed that it will not give its consent if the package does not include reform of the EU financing system, introducing new EU own resources.

Read the complete briefing on ‘Negotiations on the next MFF and the EU recovery instrument: Key issues ahead of the July European Council‘ in the Think Tank pages of the European Parliament. 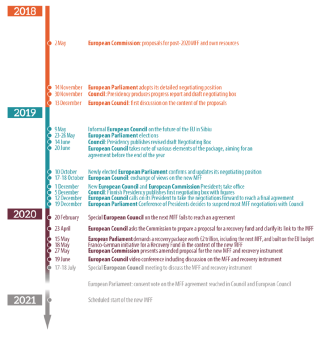 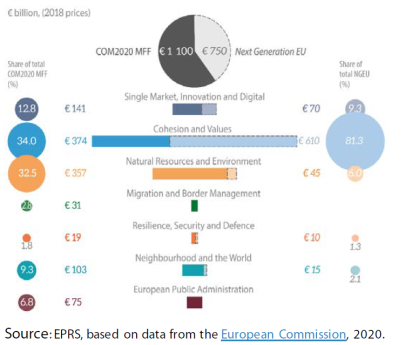