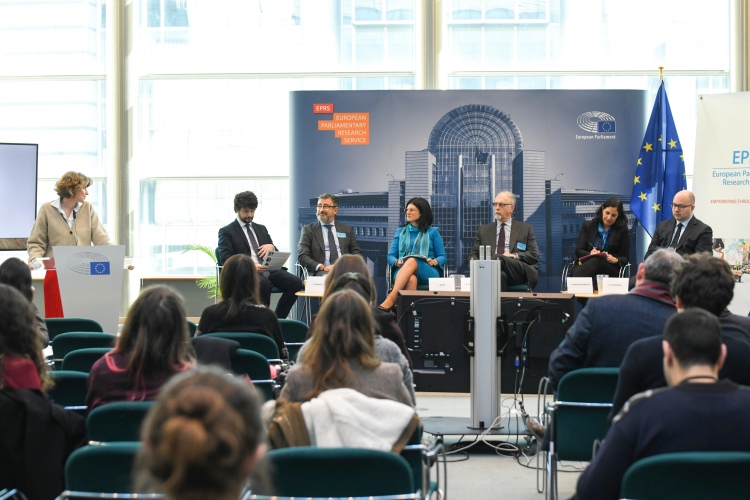 The Middle East and North Africa Region (MENA): What future for stabilisation and reconstruction

Nearly a decade after the Arab Spring, the Middle East and North Africa (MENA) region remains ravaged by war and social conflict and mass migration of refugees, as well as suffering economic impoverishment. This unstable neighbourhood poses many threats and challenges for the European Union (EU), including terrorism and radicalisation of local minorities and mass migration. The EU should therefore increase its engagement in the MENA and, perhaps, exchange its traditional model of conflict resolution and reconstruction for a ‘bottom up’ one, focused on citizens and local communities, according to analysts speaking at a conference in the European Parliament. A lack of meaningful EU action is likely to increase China and Russia’s efforts to gain more influence in the oil-rich area and allow regional powers, for example Iran, to solidify and expand their spheres of influence.

The ‘Outlook for the MENA Region: What future for stabilisation and reconstruction’ event was organised by the European Parliamentary Research Service (EPRS) and the Florence-based European University Institute (EUI) in the European Parliament’s Library Reading Room on 21 January 2020. Gathering an audience of more than 100 policy-makers, diplomats and members of civil society, it evolved around a recent e-book – ‘Fractured stability: war economies and reconstruction in the MENA‘ – a collection of essays by eminent scholars, who explore alternative approaches to reconstruction.

‘We must think forward and see what Europe can do to create appropriate conditions for real-term, sustainable conflict resolution in the MENA countries,’ the EUI’s Professor Luigi Narbone, one of the key contributors to the e-book, told the audience. He added that the traditional model of diplomatic negotiations, followed by power-sharing deals and reconstruction fuelled by foreign aid does not seem to work in the MENA region. More than nine years have passed since popular uprisings in the region, but war still rages in Syria, Yemen and Libya, while politics and economies remain highly fragile in many other counties.

‘We need a new approach. We need to think outside the box. It is important to continue diplomatic pressures. Nevertheless, we need to start reconstruction with a bottom-up approach, a people-centred approach. We need to work with local communities, to provide basic service to the population, some security, foster an inclusive bottom-up economy to create islands where very construction starts’, said Narbone.

Professor Steven Heydemann of Smith College, a co-author of the e-book, concurred, saying that the complex situation in the region requires fresh ideas. He challenged a long-standing view that wars and revolutions, in fact, provide a fresh opportunity to re-build economies. Conflicts usually do not destroy previous systems, which are ‘parasitic, illicit and predatory. ‘War-time economies in Syria, Libya and Yemen exhibit a lot of continuity with pre-war economies’, he stated. ‘The principal objective of post-conflict economic reconstruction should be to insulate citizens from the predatory, coercive, extractive norms and institutions that are the every-day practices of dominant political elites.’

Brando Benifei, Member of the European Parliament and Rapporteur on Parliament’s ‘Post-Arab Spring: Way forward for the MENA region‘ report, deplored that the EU’s inconsistent approach towards the region, with some countries driven by their economic interests or post-colonial ties. This diminishes the EU’s leverage in the MENA region. He also cautioned European diplomacy against ‘quick-fixes’ intended to address pressing issues in the short-term, such as migration and terrorism. Benifei felt that EU policy should be oriented towards democratisation and respect for human rights.

Acting in their role as discussants, Perla Srour-Gandon, Policy Adviser on the Middle East and Gulf Countries at the Secretariat of Parliament’s Foreign Affairs Committee and Branislav Stanicek Policy Analyst in the External Policies Unit of EPRS, shared their views from a country-based focus. Srour-Gandon focused on Iraq, Lebanon and Yemen and gave a comprehensive overview of how the European Parliament is engaged in the region, notably through formal and informal meetings with parliamentarians and ministers. She noted the growing role of the European Parliament’s Sakharov Prize for individuals engaged in peace-making and democratisation.

Branislav Stanicek, who focused on Libya and Syria, portrayed a picture of the region, which emerged as complex and facing humanitarian crisis. Sadly, there are no easy answers to putting the region on the path towards stability. Should the EU negotiate with dictators to achieve a short-term alleviation of the situation, or fix its problems with, for example, migration? If the EU refuses to engage, what if China and Russia are willing to do so? Such questions call for deep reflection by the EU in its efforts to boost engagement in the MENA region.