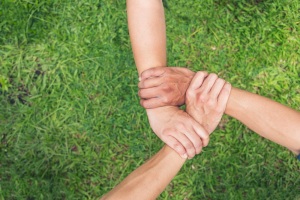 The European Green Deal is a programme outlined in the political guidelines of the incoming President of the European Commission, Ursula von der Leyen. It aims to make Europe the first climate-neutral continent by 2050, while boosting the competitiveness of European industry and ensuring a just transition for the regions and workers affected. Preserving Europe’s natural environment and biodiversity, a ‘farm to fork’ strategy for sustainable food, and a new circular economy action plan are other key elements. Executive Vice-President Frans Timmermans will be in charge of leading and coordinating the work on the European Green Deal. A Commission communication on the matter is expected on 11 December, ahead of the next European Council meeting, starting the following day. The European Parliament has scheduled a debate on the European Green Deal in an extraordinary plenary session on 11 December 2019.

The EU is committed to taking action to limit global warming to well below 2°C above pre-industrial levels, in line with the 2015 Paris Agreement. In November 2018, the Commission adopted the ‘clean planet for all‘ strategy, aiming for a prosperous, modern, competitive and climate-neutral economy by 2050. It analyses scenarios for long-term decarbonisation, as a basis for a debate on the move towards an emission-neutral economy. Following up on the Commission’s clean planet strategy, the EU will develop its long-term low-carbon strategy under the Paris Agreement. The European Council intends to finalise its guidance before the end of the year, with a view to the adoption and submission of the EU’s long-term strategy to the United Nations climate change secretariat in early 2020. This is also a priority for the current Finnish Presidency of the Council. In line with the previous European Parliament’s position, a large majority of Member States favour climate neutrality in the EU by 2050, but the June 2019 European Council could not reach a unanimous conclusion on the date.

According to von der Leyen’s political guidelines, making Europe the first climate-neutral continent is the ‘greatest challenge and opportunity of our times’. Von der Leyen aims to put forward the proposals for the European Green Deal within the first 100 days of the new Commission’s mandate. This will include a new ‘European Climate Law’ that sets a climate-neutrality target for 2050. Pricing of carbon emissions is mentioned as a key element to ensure the contribution of every person and every sector. The Emissions Trading System (ETS) would be extended to the maritime sector, and the free allowances allocated to airlines would be reduced over time. A further extension to cover traffic and construction is envisaged.

A new European Climate Pact should bring together regional and local authorities, civil society, industry and schools to agree on commitments to change behaviour. Tax policies should be reformed in line with climate ambitions, which includes work on a carbon border tax and a review of the Energy Taxation Directive.

The European Green Deal would be aligned with a new industrial strategy to make the EU a world leader in the circular economy and clean technologies, and to decarbonise energy-intensive industries. The people and regions most affected by the low-carbon transition would be supported through a just transition mechanism that cuts across different funds and instruments and also attracts private investment, as announced in von der Leyen’s speech in the European Parliament on 27 November 2019.

According to the guidelines, record amounts of public funds should be invested in advanced research and innovation, complemented by a strategy for green financing and a Sustainable Europe Investment Plan that would support €1 trillion of public and private investment over the next decade across the EU. Parts of the European Investment Bank should become Europe’s climate bank.

The von der Leyen Commission also aims for more ambitious 2030 emissions reduction targets, both in the EU and internationally. The new Commission President wants the EU to lead international negotiations to raise the ambition of other major emitters by 2021, and has pledged to put forward a comprehensive, responsible plan to increase the European Union’s emissions reduction target for 2030, from 40 % towards 55 %. The plan should ensure a level playing field and stimulate innovation, competitiveness and jobs, based on social, economic and environmental impact assessments.

A new Circular Economy Action Plan would promote sustainable use of resources, especially in resource-intensive sectors with high environmental impact, such as textiles and construction. Europe should lead on the issue of single-use plastics, and extend the fight against plastic waste to micro-plastics.

Another objective is mainstreaming biodiversity across all policy areas and a Biodiversity Strategy for 2030. Europe should lead the world at the 2020 Conference of the Parties to the Convention on Biological Diversity. Further elements of the European Green Deal include the EU’s zero-pollution ambition to safeguard citizens’ health, and a new ‘Farm to Fork’ strategy for sustainable food.

The mission letter of Executive Vice-President Frans Timmermans tasks him with setting the strategic direction and chairing the Commissioners’ Group on the European Green Deal. In addition to the points mentioned in the political guidelines, he is to work on reducing the carbon footprint of the transport sector, and on ensuring that the blue economy contributes to climate objectives.

In his hearing before the European Parliament’s Committee on Environment, Public Health and Food Safety (ENVI) on 8 October 2019, Timmermans promised a hydrogen strategy and a strategy for reforestation, and pledged to work towards a system to reassure consumers that imported products are not linked to deforestation. On the topic of transport, he wants Europe to have the best transportation system in the world. This would include emission-free cars and clean public transport. He advocated third-generation biofuels and investment in railways. In connection with farming, he promised to work to improve animal welfare.

Read this ‘at a glance’ on ‘European Green Deal‘ in the Think Tank pages of the European Parliament.