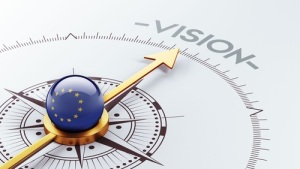 The Sibiu Summit of 9 May 2019 and the subsequent adoption of the 2019-24 Strategic Agenda on 20 June 2019 constitute the end of the Future of Europe debate (at least in its current iteration), which was initiated following the June 2016 UK referendum on EU membership. Five milestone moments marked three distinct phases in the Future of Europe debate: 1) diagnostics and reflection (June to mid-September 2016); 2) deliberation and proposals (mid-September 2016 to March 2017); and 3) delivery and vision (April 2017 to June 2019).

One of the main findings of this study is that throughout the Future of Europe process, EU Heads of State or Government reiterated three core messages that also featured prominently in all the milestone documents: the need for unity, priority to EU citizens, and focus on (policy) delivery. Moreover, the three policy priorities – migration, security and the economy – identified in the Bratislava Declaration, have been the focus over the entire period of the Future of Europe process (June 2016 to June 2019), forming the European Council’s ‘rolling agenda’ of policy priorities. Despite developments in the European Council composition in that same period (as a result of the arrival of 16 new Heads of State or Government), the core messages remained almost identical, even though, often, different players were involved in drafting the related declarations and statements.

Another finding of the study is that both the European Council and the European Parliament emerged stronger from the three-year Future of Europe debate. The introduction of the Leaders’ Agenda and of the new working methods allowed EU leaders to ‘take things into their hands’ and to concentrate on solving sensitive issues by debating them well in advance at leaders’ meetings. The Parliament was active throughout the Future of Europe debate. In addition to adopting resolutions and expressing its vision in specific documents, it solidified its role as a forum for open debate by holding a series of plenary debates with EU Heads of State or Government.

An examination of the most recent phase of the Future of Europe debate (April 2018-June 2019) showed that three more or less parallel processes – the activities under the Leaders’ Agenda, the debates in the Parliament, and the citizens’ consultations – lasted throughout that whole phase and shaped the Sibiu Declaration and the subsequent (new) Strategic Agenda 2019-24.

The study identifies strong continuity between the new Strategic Agenda and its predecessor with regard to some policy issues, while also noting that other significant policy issues have been added and there has been a shift in focus within the different policy areas. Both the Sibiu Declaration and the new Strategic Agenda strengthen the policy focus on the EU’s role as a global player in actions related to climate change.

When comparing the 2019-24 Strategic Agenda with other milestone documents that were issued during the Future of Europe debate, a certain degree of continuity on horizontal and institutional issues can be observed. However, the Strategic Agenda envisages that the different EU institutions should revisit their working methods, indicating that some institutional evolution can be expected in the near future. In the case of the European Council, for instance, this could lead to the operationalisation of the 2019-24 Strategic Agenda through a new Leaders’ Agenda under the next President of the European Council.

Read this ‘study’ on ‘Origins of the 2019-24 EU Strategic Agenda: The Future of Europe debate and the Sibiu European Council‘ in the Think Tank pages of the European Parliament.