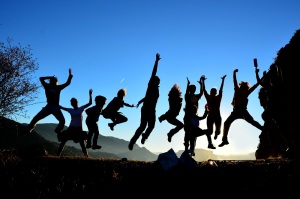 The proportion of young people (15-29 years old) in the general EU population is declining. On the whole, young people have a higher level of education than older adults, and youth unemployment rates have begun to decrease. Nevertheless, young people are still more exposed to poverty and social exclusion than other sections of the population. They are less prone to put their health at risk than previous generations. For instance, fewer young people smoke, get drunk, or become involved in a road accident than previously, but young people are still over-represented among those who are injured in road accidents. Obesity due to bad eating habits and lack of physical exercise is still an issue. Young people are also less likely to vote, or stand for election than older adults, but in recent years there has been a slight increase in interest in politics, political action and volunteering. Almost 80 % of young Europeans identify themselves as European citizens. In a Eurobarometer survey published in 2018 they placed education, skills and the environment at the top of a list of priorities for the EU.

The European Union is engaged in helping Member States address young people’s needs and aspirations through a youth strategy which covers areas such as employment, entrepreneurship, social inclusion, participation, education, training, health, wellbeing, voluntary activities, the global dimension, creativity and culture. The strategy is backed by a number of funding programmes that are specifically focused on young people, most notably the Youth Employment Initiative, Erasmus+ and the European Solidarity Corps. It also draws from funds directed at other specific policy areas. EU action in the area of youth empowerment is best known for the mobility opportunities it has created, in particular through Erasmus. Future challenges include reaching a wider spectrum of young people, especially those from disadvantaged and hard-to-reach groups, making the results of the consultative process, known as structured dialogue, more tangible, and improving synergies between policy areas for greater effectiveness.

Read this complete briefing on ‘EU policies – Delivering for citizens: Youth empowerment‘ in the Think Tank pages of the European Parliament. 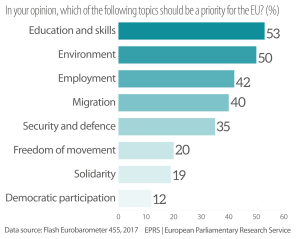