With European elections coming up in May 2019, you probably want to know how the European Union impacts your daily life, before you think about voting. In the latest in a series of posts on what Europe does for you, your family, your business and your wellbeing, we look at what Europe does for secondary school students.

How many years young people spend in school, the subjects they study, the exams they take – all of this varies from country to country, and sometimes even from region to region. In some countries, pupils wear school uniforms while in others, they don’t; in some, everyone has the same basic education, while in others, there’s a choice between grammar schools and vocational schools. There can be no question of replacing this diversity with a standardised European school system – after all, every country has its own traditions.

Having said that, there are many challenges that schools from different parts of Europe share. The EU is bringing together teachers and other people involved in education to discuss how to deal with problems like pupils dropping out of school early, or ensuring that school leavers are equipped with the right skills to find work. For example, the EU is supporting initiatives to teach programming skills in schools. 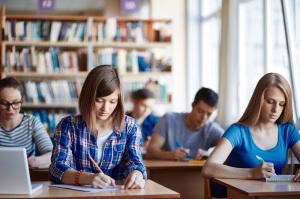 Most people have heard of Erasmus, the EU’s successful university exchange programme. The programme also offers exchanges for secondary school pupils lasting up to a year. In 2016 around 100 000 took part – a relatively small number compared to the EU’s 40 million secondary pupils, but a growing one. And, for those who don’t take part in an exchange, the EU has set up websites such as eTwinning enabling schools from different countries to organise joint projects; these can be a great opportunity for teenagers from all over Europe to get to know one another by working together on joint tasks.