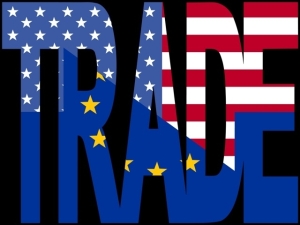 U.S. President Donald Trump has imposed tariffs on steel and aluminium imports, raising fears of a trade war with other countries. He has argued that the levies, of 25 percent on steel and 10 percent on aluminium, are needed to protect U.S. national security. But many analysts and politicians believe that they are actually meant to protect domestic producers and meet Trump’s pre-election promise to return manufacturing jobs to the U.S. The European Union is seeking an exemption from the tariffs, which has already been granted in principle to Canada and Mexico. If this does not happen, the EU could respond in several ways, including by imposing its own tariffs on U.S. products.

This note offers links to a series of recent commentaries and reports from major international think tanks and research institutes in reaction to Trump’s decision. More reports on international trade can be found in a previous edition of ‘What Think Tanks are thinking’ published in June 2017

The Trump tariffs on steel and aluminium: The end of the WTO?
European Centre for International Political Economy, March 2018

Are we steel friends?
Bruegel, March 2018

Trump has shown how dangerous he is to the global trading system
Chatham House, March 2018

U.S. steel and aluminium tariffs: How should the EU respond?
Bruegel, March 2018

The risks of U.S. steel and aluminum tariffs
Council on Foreign Relations, March 2018

What we do and don’t know after Trump’s tariff announcement
Peterson Institute for International Economics, March 2018

A trade war on the poor: How a collapse of the WTO would hurt the worst off
Council on Foreign Relations, March 2018

Tariffs open can of worms Trump won’t be able to get back on
American Enterprise Institute, March 2018

Are Trump’s tariffs aimed at the WTO?
Atlantic Council, March 2018

This threat of a trade war is the opposite of “Drain the Swamp”
Cato Institute, March 2018

5 times US tariffs have made matters worse
Foundation for Economic Education, March 2018