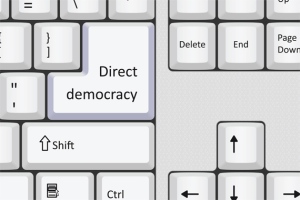 E-participation in politics is expanding worldwide, driven by the development of digital tools that can be used for citizen involvement – social media, deliberative software, e-voting systems – and growing access to the internet. In Europe, while many e-democratic projects provide a sense of involvement in the political process for participants and contribute to community building, there remains a lack of direct, or even indirect, political or policy impact.

Moreover, in recent decades, citizen involvement in the EU political process has improved, with direct elections to the European Parliament, and Parliament’s increased competences and legislative powers. However, the multilevel system of EU policy-making sometimes makes it difficult for European citizens to track responsibilities and to hold the EU institutions accountable for the outcomes of their policies.

The STOA study on ‘Prospects for e-democracy in Europe’ investigates how to implement e-democracy at the EU level in a manner that supports public debate, deliberation and community building, and also has an impact on political decision-making. The project, the major results of which are summarised in an In-Depth Analysis, aimed to determine the conditions under which digital tools can facilitate different forms of citizen involvement in decision-making processes, and explored how these tools can be successfully transferred to the EU level.

The study sets out the current European e-participation landscape through a literature review, presented in Part I, and case studies at the local, national and European levels, which make up Part II. These cases involved a number of different categories of digital tools: websites that monitor politics; both formal and informal agenda-setting tools, such as e‑petition sites; and both non-binding and binding decision-making tools, such as e‑voting within political parties or for national elections.

The project provided suitability assessments of a series of policy options, determining their chances of success in increasing participation and impacting decision-making at the EU level. As a result, a number of options for policy-makers are presented.

General actions for designing e-participation processes include promoting active links to existing policy, encouraging provision of feedback to participants, and ensuring the sustainability of the process itself. There are also options for improving existing tools, such as the European Citizens’ Initiative, Your Voice in Europe and the European Parliament’s e‑petition system. Finally, new e-participation tools are set out that could encourage e‑participation at an EU level and exploit the untapped potential of citizens’ involvement in numerous policy areas.

In the institutional arena, the options are: online engagement, principally through creating a public platform that allows citizens to pose questions to Members of the European Parliament and their staff; crowdsourcing of policy ideas by citizens for early-stage policy development in the European Commission; and monitoring platforms for Council decisions. Additionally, participatory e‑budgeting was identified as the policy option with the greatest impact on decision-making, with particular relevance to the European Regional Development Fund and the European Social Fund. A full explanation of these options can be found in Part III, while the STOA Options Brief contains a succinct overview of the policy options.

Your opinion counts. Let us know what you think, get in touch via email or complete a survey. Surveys are available for all STOA studies (click on the title and follow the link).

Read the complete study on ‘Prospects for e-democracy in Europe‘ on the Think Tank pages of the European Parliament.