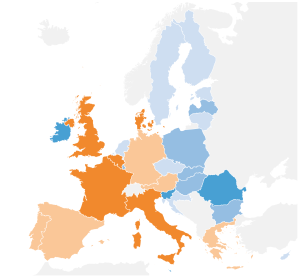 In 2017, the EU and euro-area economies continued their moderate growth (slightly over 2 %) in a context of global improvement (3.5 %) underpinned by a strong rebound in world trade, continuing growth in China and a return to growth in countries such as Brazil and Russia. This growth, which should continue in the next two years, was shared by all euro-area Member States for the first time since the crisis, and was accompanied by the creation of jobs – unemployment is at a post-crisis low – and strong investment, which reached pre-crisis levels.

With regard to public finances, the general government deficit for both the EU and the euro area has declined and is projected to decline further in the following years, to below 1 %. The general government debt-to-GDP ratio is projected to follow a similar path, decreasing to 85.2 % and 79.8 %, for the euro-area and the EU-28 respectively, a trend that, while positive, means levels are still a long way from the expected 60 %.

After significant fluctuations in 2016, inflation rose closer to the target, of around 2 %, by the fourth quarter of 2017, helped by the recovery in oil prices, but is not expected to reach the target until 2019, due to a negative base effect in energy prices and the increase of the euro’s nominal effective exchange rate. In this context, the European Central Bank continued with its unconventional monetary policy in 2017 and decided to keep it for 2018, albeit moderating its purchases as of January 2018, due to the improving economic outlook and the need to reduce the risk of financial imbalances.

The aforementioned positive trends concerning the euro-area economy, as well as the results of the various elections held in 2017 in the EU, have likely outweighed the negative developments such as the deteriorating geopolitical context, the uncertainty concerning the Brexit negotiations and the policy-mix outlook in the US. This has helped to strengthen the common currency against its major counterparts since spring 2017. As a result, the euro has appreciated against most of its major trading partners’ currencies. While these trends are projected to continue over the next two years, their strength is expected to subside, on account of the phasing out of temporary supportive fiscal measures in Member States and the tapering of accommodative monetary measures.

The 2018 EU Budget amounts to €160.1 billion, representing only some 2 % of total public spending in the European Union – approximately 1 % of gross national income (GNI). Despite its volume, the overall impact of the EU Budget is amplified by a number features, including: a higher share of resources devoted to investment than in national budgets; the capacity to leverage additional funding from other sources; and attention to policy areas where the pooling of resources can provide the EU as a whole with added value (e.g. research, innovation and development cooperation).

Agreed by the European Parliament and the Council of the European Union, the 2018 budget focuses on priorities such as promoting sustainable growth, creating employment, especially for young people, and addressing migration and security challenges. In recent years, these persistent policy challenges have almost exhausted the flexibility provisions available under the EU’s 2014-2020 multiannual financial framework (MFF). However, the 2017 adoption of the mid-term revision of the MFF has strengthened a number of flexibility tools, proving instrumental in reinforcing the resources devoted to key policy areas in 2018.

With the 2014-2020 MFF in the second half of its programming period, the debate on its successor and further streamlining of the EU Budget has already gained momentum, with a reflection paper on the future of EU finances published by the European Commission. Taking into account difficulties that the current MFF has experienced, one objective is to increase capacity to respond to the concerns of EU citizens and to the unprecedented challenges the Union is facing. In May 2018, following a broad consultation of stakeholders, the Commission is expected to present its proposals for the post-2020 MFF and a possible reform of the EU’s financing system.

Many instruments in the EU Budget directly or indirectly address the objectives of industrial policy, against the backdrop of a quickly evolving sector. The importance of the sector to the EU, in both economic and political terms, as well as the changing nature and scope of industry and industrial policy, made it the subject of this year’s economic focus. This examines industry in the EU from four perspectives (production, gross value added, employment and the regional perspective), its evolution over the past decade and the impact of the crisis, and presents the EU-level initiatives designed to rekindle industrial activity.

Read the complete study ‘Economic and Budgetary Outlook for the European Union 2018‘ on the Think Tank pages of the European Parliament. 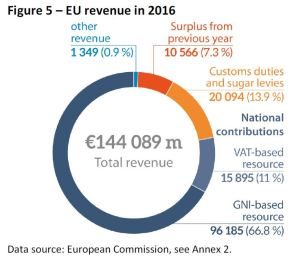 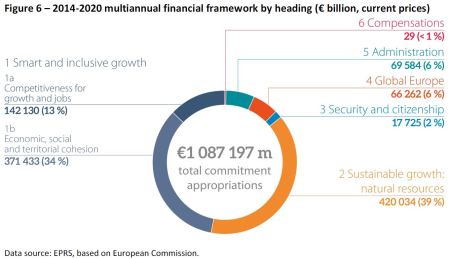