Deepening economic and monetary union (EMU) and achieving ‘Social Triple A’ status, which should be a tool to contribute to fair and balanced growth, decent jobs and labour protection, is one of the priorities of the current Commission. In this context, in April this year, it presented the European Pillar of Social Rights, to serve as a reference for a renewed process of convergence. It sets out 20 principles and rights to support the renewal of current labour markets and welfare systems. The main issue around the Pillar and the broader topic of the future of Social Europe is how these principles and rights will be implemented, so that they reach all and lead to real upward convergence. Related to this issue is the rather limited competence of the EU in the social field, and the very different developmental paths of EU Member States. In this context, the Gothenburg Social Summit will provide an open forum for EU Heads of State or Government, the social partners and other key stakeholders to discuss how to promote fair jobs and growth across the different EU Member States.

The 751 Members of the European Parliament represent EU citizens’ interests on an extremely wide range of, often complex, policy issues. To help them in their work, the European Parliamentary Research Service (EPRS) provides independent, objective and authoritative analysis of and research on these issues. As Members’ time is very limited, and the amount of analysis available sometimes overwhelming, EPRS publishes short Topical Digests of published material whenever an issue arrives at the top of the policy agenda.
In 2017 this included providing digests to coincide with High-Level Conferences organised by Parliament’s President, Antonio Tajani (EPP, Italy), on topics such as EU relations with Africa, clean energy for Europe, and tourism. A digest of analytical material was also prepared for the European Week of Regions and Cities, as well as for the Social Summit in Gothenburg. Other major issues which warranted a digest of coverage during the year include developments in EU security and counter-terrorism policies and tax avoidance and tax evasion in the wake of the Paradise and Panama papers scandals. Digests were also prepared on EU development policy, and the EU’s relations with the Western Balkans. EU policy on sport, and the EU disability strategy complete this year’s collection of handy guides to EPRS publications – designed with Members of the European Parliament in mind, but available to everybody.

Reflection paper on the social dimension of the EU
Briefing by Nora Milotay, June 2017
The paper addresses two major issues in the social and employment fields: the main challenges that Member States are facing, and the added value of the various EU instruments available to tackle them. The Commission is proposing three alternative scenarios: an exclusive focus on the free movement of workers, development of a multispeed Europe, and genuine deepening of economic and monetary union across the EU-27. The successful implementation of the European pillar of social rights and related initiatives will depend a great deal on the outcome of this reflection process.

NEETs: Who are they? being young and not in employment, education or training
Briefing by Marie Lecerf, March 2017
In 2015 in the European Union, 12 % of 15 to 24-year-olds (6.6 million people) were not in a job, training or an internship. This social group is highly diverse, including short- and long-term unemployed people, young people in transition, young people with family responsibilities, and people with disabilities or medical conditions. In response to the NEET situation the European Commission drew up an EU Youth Strategy for the 2010-2018 period, whilst the European Parliament defended the NEET cause. The Youth Guarantee scheme created as a result is the European Union’s key measure to provide support to NEETs.

Read this Topical digest on ‘Social Summit – Gothenburg 2017‘ in PDF.

Understanding social dumping in the European Union
Briefing by Monika Kiss, March 2017
With no existing definition, social dumping is considered to be a set of practices on an international, national or inter-corporate level, aimed at gaining an advantage over competitors, which could have significant negative consequences for economic processes and workers’ social security. Suppressing social dumping is a component of different regulations on working mobility, undeclared work, and the status of transport workers. Applicable EU rules can only be effective if adequate implementation and enforcement by the Member States is guaranteed.

Fostering social innovation in the European Union
Briefing by Nora Milotay, January 2017
Social innovation is gaining increasing importance in the public, private and third (i.e. non-profit) sectors, and can contribute greatly to addressing the growing challenges, such as migration, poverty and global warming. The EU particularly promotes social innovation through employment and social policies, as well as policies on the single market. The main initiatives explicitly target the governance and funding mechanism of social innovation with varied impact. To make these initiatives more effective, it is important to know more about the impact of social innovation, including its social and environmental value and the importance of these for the economy. 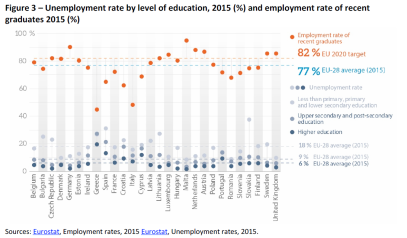