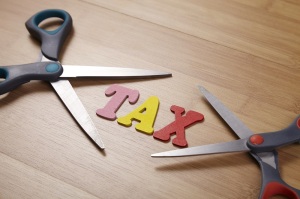 Tax avoidance and tax evasion have once again hit the headlines, with an outcry across the world over the leaked ‘Paradise Papers’. This demonstrates that the ‘Panama Papers’ scandal was just the tip of the iceberg. Both tax scandals highlighted that tax avoidance and evasion is practised by individual taxpayers, and not just by multinational enterprises (which were already under scrutiny following the ‘Lux-leaks’ affair). As shown by the report of the Parliament’s ‘Committee of Inquiry to investigate alleged contraventions and maladministration in the application of Union law in relation to money laundering, tax avoidance and tax evasion’ (PANA committee), tax evasion and avoidance, as well as money-laundering, take place on a global stage where global taxpayers and intermediaries are playing beyond national and EU borders, with whistle-blowers drawing the public’s attention. As the recommendation prepared by the PANA committee, on the basis of hearings and studies, indicates, there is a need for action matching the scale and the nature of these situations. Some of the necessary action is already under way. This Topical Digest offers a sample of recent publications and graphics, produced by the European Parliamentary Research Service, on tackling tax avoidance and fighting tax evasion.

The 751 Members of the European Parliament represent EU citizens’ interests on an extremely wide range of, often complex, policy issues. To help them in their work, the European Parliamentary Research Service (EPRS) provides independent, objective and authoritative analysis of and research on these issues. As Members’ time is very limited, and the amount of analysis available sometimes overwhelming, EPRS publishes short Topical Digests of published material whenever an issue arrives at the top of the policy agenda.
In 2017 this included providing digests to coincide with High-Level Conferences organised by Parliament’s President, Antonio Tajani (EPP, Italy), on topics such as EU relations with Africa, clean energy for Europe, and tourism. A digest of analytical material was also prepared for the European Week of Regions and Cities, as well as for the Social Summit in Gothenburg. Other major issues which warranted a digest of coverage during the year include developments in EU security and counter-terrorism policies and tax avoidance and tax evasion in the wake of the Paradise and Panama papers scandals. Digests were also prepared on EU development policy, and the EU’s relations with the Western Balkans. EU policy on sport, and the EU disability strategy complete this year’s collection of handy guides to EPRS publications – designed with Members of the European Parliament in mind, but available to everybody.

Understanding the rationale for compiling ‘tax haven’ lists
Briefing by Cécile Remeur, December 2017
One can ask why establishing a list of tax havens is relevant. Establishing such a list started with actions to stop harmful tax practices. Whatever the name used (tax haven, offshore centre, non-cooperative jurisdiction) they have common features, though each list represents an assessment on the basis of specific criteria at a certain point in time. In the European Union, the process towards the adoption of a common list of non-cooperative tax jurisdictions was initiated as part of tax good governance, and their external dimension. On 5 December 2017, a first common list was adopted by the Council.

PANA committee of inquiry
‘At a glance’ note by Cécile Remeur, December 2017
The European Parliament’s ‘Committee of Inquiry to investigate alleged contraventions and maladministration in the application of Union law in relation to money laundering, tax avoidance and tax evasion’ (PANA committee) was established in June 2016. Its report and the recommendation submitted for adoption by the European Parliament’s December plenary session now pave the way for further monitoring and follow-up actions.

Paradise papers’ in a nutshell
‘At a glance’ note by Cécile Remeur, November 2017
The latest leak of tax-related documents, known as the ‘Paradise papers’, was made public on 5 November 2017. The results of a joint investigation are now being released in instalments. The papers provide additional evidence on the involvement of offshore law firms in tax optimisation practices.

Tax transparency for intermediaries
‘EU legislation in progress’ briefing, by Cécile Remeur, October 2017
Situations highlighted by the ‘Panama papers’ and analysed in the related report of the PANA inquiry committee show how certain intermediaries and other providers of tax facilitate companies’ and individuals’ tax avoidance, often through complex cross-border schemes involving routing assets to, or through, offshore entities. Among the tools to fight this is the obligation on those tax intermediaries to report cross-border arrangements they design for their clients. This provides tax authorities with early information on such situations, once included in the automatic exchange of information within the European Union. The proposal is currently being discussed by the legislators, and the Parliament is preparing its opinion on it.

Member States’ capacity to fight tax crimes
Study by Amandine Scherrer and Elodie Thirion, July 2017
National provisions against tax avoidance and tax evasion, and money laundering laws, as well as their enforcement, vary widely from one Member State to the next. This study examines the administrative capabilities of EU Member States when it comes to tackling these challenges, and reviews the specific measures they have taken in response to the publication of the Panama papers. The main objectives are to evaluate whether the legal framework and the institutional configurations in place are adequate, to pinpoint deficiencies and to suggest ways in which they could be addressed.

Tax evasion, money laundering and tax transparency in the EU Overseas Countries and Territories: Ex-Post Impact Assessment
Study by Isabelle Ioannides and Jan Tymowski, April 2017
This study aims to present the legal, political and institutional framework governing offshore practices in the Overseas Countries and Territories (OCTs) of the European Union, which are under the sovereignty of four Member States: Denmark, France, the Netherlands and the United Kingdom. The institutional arrangements of the OCTs with the relevant EU Member States directly affect the possibility to establish policies and adopt regulations, including on taxation and money laundering. Regardless of the level of control of the EU Member States over their OCTs, implementation of the law by the local authorities is of concern in a number of the UK and Dutch OCTs, both in terms of structural weaknesses, and also because of limited financial and human resources. In the case of the French OCTs, suboptimal oversight controls and lack of information make it difficult to supervise financial activities. The opening analysis compares the French, Dutch and British cases in terms of combating tax evasion, money laundering and enhancing tax transparency; explores the case of Greenland; and draws conclusions on how the EU could better use its leverage in these overseas territories.

EU-US trade and investment relations: Effects on tax evasion, money laundering and tax transparency
In-depth Analysis by Isabelle Ioannides, March 2017
This ex-post impact assessment analyses EU-US trade and investment relations to assess whether and, if so, to what extent these relations have impacted on tax evasion, money laundering and tax transparency. The EU and US economies are highly intertwined, generating together half the world’s gross domestic product and more than 30 % of global trade. Overall, trade and investment relations between the European Union and the United States do not seem to have impacted on US efforts to combat tax evasion, strengthen anti-money-laundering legislation, and its implementation, and boost tax transparency. While some progress had been made in the negotiations of the Transatlantic Trade and Investment Partnership (TTIP), which also aimed to establish regulatory cooperation between the EU and the USA on financial services, progress has been below expectations. The United States has set up mechanisms for information exchange with EU Member States, has signed tax treaties with almost all EU Member States, and has developed a robust legal framework to address money laundering and combat terrorism financing. Despite being largely compliant with the recommendations of the Financial Action Task Force, however, challenges remain on questions of beneficial ownership, cross-border exchange of information, privacy issues, and designated non-financial businesses and professions.

Fighting tax crimes – Cooperation between Financial Intelligence Units
Study by Amandine Scherrer, March 2017
Financial intelligence units (FIUs) are the national structures responsible for the receipt, analysis and dissemination of financial information to combat money laundering and terrorist financing. Given the strong cross-border dimensions of money laundering, the exchange of information across FIUs is key to ensure illicit flows of money are properly detected and subsequently investigated by law enforcement authorities. This study aims to provide a better understanding of the current state of play in relation to the role, powers and activities of FIUs in fighting financial crime in general and tax crimes in particular, both at European and International level.