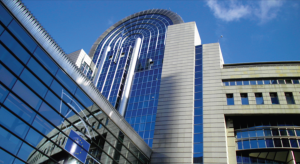 The first European Parliament plenary session of March is something of a bottom-up affair, with the inclusion of several items on the agenda directly relating to the lives of both citizens and refugees arriving in the EU.

Many unaccompanied minors arriving in the EU disappear, or abscond, partly because reception conditions are grim, because of difficulties in finding their family, or through fear of detention or deportation. The Parliament has called on the Commission to address the disappearance of at least 10 000 registered migrant and refugee children in the EU on several occasions. Amid fears that many are exploited and abused for sexual or labour purposes, Parliament has underlined that the rights of the child apply equally to migrant children, and has asked the Commission to pay particular attention to minors in EU migration and asylum policy. On Wednesday evening, the Commission will make a statement on its actions, among other measures to protect vulnerable migrant children, to ensure that unaccompanied minors do not just ‘disappear’.

Once in the EU, a focus on integrating refugees through intercultural dialogue has become a focus of the Creative Europe programme, and now receives funding thanks to the flexibility of the programme, which has three strands: culture, media, and cross-sector issues, such as cultural project financing. The Parliament’s Committee on Culture and Education is seeking a new social inclusion priority in the programme, to help vulnerable individuals and those at risk of radicalisation. While cultural policy is exclusively the remit of Member States, the Creative Europe programme was devised to assist the culture and media sectors to overcome the cross-border challenges posed by digitisation and globalisation. This year, the European Commission will evaluate the programme, and a new own-initiative report from Parliament’s Culture Committee on the implementation to date will be discussed in plenary on Thursday morning.

Another funding source for integration policies, the Europe for Citizens programme, which aims at promoting civil and democratic participation, is also soon due for evaluation. The programme’s aims, to promote direct citizen involvement in and knowledge of EU policy, were ambitious. However, issues regarding the level of funding and the role of the European Parliament in shaping the programme have led to considerable delays. Parliament’s own-initiative report on the programme’s implementation reflects these problems, and will be discussed in plenary on Wednesday, ahead of the Commission’s upcoming mid-term assessment of the programme.

Citizens and businesses need to be able to rely on a secure and affordable supply of energy. Energy security, solidarity and trust is therefore high on the EU agenda. As EU Member States conclude intergovernmental agreements for energy supplies with third countries, proposals are under discussion to strengthen the EU role in securing energy supplies. New rules would introduce an EU element at the negotiation stage of such agreements, and would allow the Commission to observe and verify their compliance with EU energy security objectives. A first reading of a report on intergovernmental agreements in the energy field will be debated in plenary on Wednesday evening.