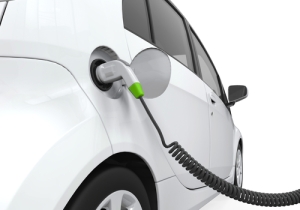 Are electric cars on the verge of becoming the norm, should we encourage this transition, and what would be the consequences for the environment, the automobile industry and our electricity grid?

Over the past century, cars have become an integral part of our society. They generally offer greater flexibility than alternative modes of transport, and they are affordable to a large proportion of people. Ever since cars were first mass-produced, they have almost exclusively been powered by ICEs (internal combustion engines), which burn fossil fuels, such as petrol and diesel, to provide the energy required to turn the cars’ wheels and perform auxiliary tasks. However, in recent years concerns about climate change and dependence on oil have led to a great deal of effort and attention being invested in developing alternative ways of providing this energy.

Perhaps the most promising alternative is the electric car, where electricity is stored in a battery and used to drive an electric motor. An ICE is also sometimes included as a secondary power source – this type of car is known as a plug-in hybrid. Electric cars have several advantages over ICE cars. One of these is that they have lower running costs, mainly because they travel further per euro than ICE cars and they require less maintenance. Another advantage is that, at least in the EU, they result in lower greenhouse gas emissions than ICE cars. This is because electricity is increasingly being generated without burning fossil fuels, and even oil and natural gas power plants result in lower emissions per kilometre travelled than ICEs – only coal-fired power plants are worse in this respect. The manufacture of electric cars is currently more carbon-intensive than that of ICE cars, but, considering this together with the lower emissions released while the cars are driven, there is still an improvement overall. Electric cars also generate less air pollution, which causes around 500 000 premature deaths per year in the EU and results largely from ICE car emissions. In addition, the only pollution resulting from the use of electric cars is emitted by power plants, which are generally far away from population centres and so have little direct effect on public health.

The main issues with electric cars relate to their batteries. While there are many new types of battery on the horizon, for existing technologies there is a trade-off between capacity and cost, with no solution that rivals an ICE in both of these respects simultaneously. However, following the downward trend in the cost of batteries, the cost of manufacture for electric cars with a range of 300 km has been projected to fall below that of ICE cars by 2025. Another problem with batteries is that recharging them currently takes longer than refuelling an ICE car; the best that can be achieved with existing charging stations is to recharge to 80 % capacity in around 30 minutes. One possible solution to this issue is to allow for the battery to be quickly swapped for a fully charged one, as demonstrated by Tesla with a swap time of two minutes. Alternatively, for long journeys consumers may tow a trailer with an extra battery and then recharge overnight. As cheap electric cars could already be used for around 90 % of trips, another possible solution is for drivers to share a small number of cars with a longer driving range in addition to their own personal cars.

Shifting from ICE cars to electric cars would have a substantial impact on the electricity grid. The cars’ batteries could be used to stabilise the grid, discharging into the grid when there is more demand than supply. The European Commission has recently proposed changes to the electricity market that would allow people to profit from stabilising the grid in this way. These cars could also strain the grid, as there would be a significant rise in demand for electricity. This would require Member States to increase their generation of electricity substantially.

There are several other potential effects of the widespread uptake of electric cars. It would reduce dependence on oil, and thus reduce the extent of the political influence currently enjoyed by major oil-exporting countries. There may be a crash in oil prices, which would have a major impact on the economic viability of future oil extraction projects. There would be huge upheaval in the automobile industry, along with other industries reliant on ICE cars, with expertise in ICEs becoming much less valuable, possibly resulting in mass unemployment amongst current workers in this sector. Public support for companies and workers affected by this transition may be appropriate. The lithium currently required for electric batteries may soon be in short supply, and, if extraction is not accelerated soon, it may not be feasible to manufacture large numbers of electric cars in the near future. This potential shortage may also have an effect on other sectors that rely on the metal. Another issue is that there are currently relatively few charging stations for electric cars across the EU, which means that it is not always possible to undergo long journeys with the range provided by cheap electric cars. The establishment of an extensive network of charging stations would demand a significant amount of time and investment.

The large-scale replacement of ICE cars with electric cars would allow the EU to make a huge step forward in its plans to reduce greenhouse gas emissions, including its commitment to reduce emissions by 40 % by 2030. Financial incentives for consumers to purchase electric cars would likely accelerate this transition – a Financial Times survey of UK consumers found that most would only consider buying an electric car if it had a price comparable with or lower than that of an ICE car. Twenty-one Member States already offer some sort of incentive, but an EU-wide incentive may be more effective in supporting growth in this sector. For consumers that want to be able to drive long distances, there would need to be an extensive network of charging stations (as has been achieved in Estonia). Progress is being made with this infrastructure, largely on account of the involvement of the automobile industry, and increased public investment may be appropriate. The infrastructure in homes will also be important, and the European Commission has recently proposed that residential buildings with more than 10 parking spaces being built or undergoing major renovations should include pre-cabling for charging electric cars. One other way to encourage the transition to electric cars, as has been proposed by a few Member States, would be to ban the sale of new ICE cars from some date in the future. However, such a policy may be seen as being too severe and so not be accepted by the public.

One potential issue is that dealerships may slow the uptake of electric cars by discouraging consumers from purchasing them. This could happen as a result of a lack of expertise in electric cars and unwillingness to invest time in learning about what is currently a niche product, as well as of awareness of a possible loss of income to service departments given that electric cars need less maintenance. Educating consumers directly about electric cars would most probably help to stimulate growth in demand. Furthermore, the EU-encouraged policy of road charges, a way of distributing the costs associated with road use, may result in drivers of electric cars having to pay for the consequences of the greenhouse gas emissions and noise pollution caused by ICE cars. Ensuring that drivers share in the societal benefits resulting from their transition to electric cars by paying lower road charges would encourage them to make the change. Additionally, their higher manufacturing cost makes electric cars unaffordable for many consumers, even if their lifetime cost falls below that of ICE cars (because of the different running costs) as predicted. It may be appropriate to provide some additional encouragement for consumers to make this investment.

If there is no major development in the efficiency of ICEs, or in the viability of other alternative technologies such as hydrogen cars or biofuels, it is likely that electric cars will largely replace ICE cars on the roads over the coming decade or so. This transition would bring multiple benefits for society, possibly justifying additional public support for electric cars, but there are also problems that will need to be addressed.

Download this publication on ‘What if electric cars became an affordable and convenient way to travel?‘ in PDF.

Listen to podcast ‘What if electric cars became an affordable and convenient way to travel?‘