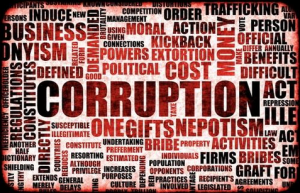 This study demonstrates the need to tackle organised crime and corruption together as the two are in a mutually reinforcing relationship. Organised crime groups attempt to regulate and control the production and distribution of a given commodity of service unlawfully. In so doing, their aim is to bend the rules in their favour by corrupting officials. Corruption undermines the rule of law, which in turn provides more opportunities for organised criminals to expand their control over the legal economy and politics or even to take over governance tasks in regions and communities.

Given their illicit nature and the need to interpret the available criminal justice data within a broader setting, the impact of organised crime and corruption is hard to measure. Within this context it is difficult to estimate with a sufficient degree of certainty an overall Cost of Non-Europe in this policy field. This study does, however, provide scenarios showing the cost of corruption to the European economy. The scenario deemed most feasible by us points to an economic loss in terms of GDP of between 218 and 282 billion euro annually. The study also builds on existing estimates of the size of illicit markets representing a value of around 110 billion euro and points to the significant social and political costs of organised crime and corruption.

The study seeks to establish the potential benefits of addressing the gaps and barriers that hinder a more effective fight against organised crime and corruption within the European Union. As combatting organised crime and corruption is a shared competence of the EU and its Member States, our estimates show the potential that could be achieved together by better transposition and enforcement of international and EU norms, filling the outstanding legislative gaps and improving the policy making process and operational cooperation between authorities. Where possible, the benefits of specific policy options to overcome gaps and barriers in the current framework have been quantified. The study demonstrates, based on quantified building blocks, that the Cost of Non-Europe in the field of organised crime and corruption is at least 71 billion euro annually.

Read the PDF of this In-depth Analysis.

In addition to the general paper bringing together the research findings as a whole, the exercise comprises three annexes, which are published as separate documents: