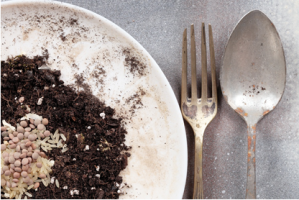 The economic crisis has exacerbated social burdens such as poverty and inequality, which were already major issues before the crisis. Due to the multifaceted nature of poverty, the European Union uses a multidimensional indicator – the ‘at risk of poverty or social exclusion’ rate – based on three different dimensions: monetary poverty, severe material deprivation, or ‘very low work intensity’.

Since 2008, the number of people ‘at risk of poverty or social exclusion’ has increased in most Member States. In 2014, nearly one in four persons (122.3 million people) was at risk of poverty or social exclusion in the European Union. Amongst the groups at greater risk, those most affected were women, children, young people, people living in single parent households, those with less education, and migrants.

New forms of poverty are emerging. Contrary to popular belief, work no longer protects against poverty. The new ‘working poor’ are often in precarious and low-paid jobs. Homelessness is no longer the fate of middle-aged men with long-standing social problems, but also affects families, young people, and migrants. Lastly, children are amongst the hardest hit by the crisis in terms of poverty.

Since 2008, the main drivers affecting the poverty rate in the European Union are cyclical: long-term unemployment, labour market segmentation and wage polarisation. The emergence of new family models, such as single parenthood, and the persistence of inherited poverty have strengthened the phenomenon.

In Europe, the main responsibility for combating poverty and social exclusion remains with Member States. The European Union’s role is limited to coordinating Member State policies through the Open Method of Coordination for social protection (the ‘Social OMC’), providing some funding with the European Social Fund and the Fund for European Aid to the Most Deprived, and the Employment and Social Innovation programme. In 2010, with the adoption of the Europe 2020 Strategy, the European Union set a quantitative target for the reduction of poverty and social exclusion for the first time: lifting more than 20 million people out of poverty by 2020 compared with 2008. Nevertheless, achieving this objective in times of crisis and austerity measures is proving extremely difficult. The European Union has drifted further from its target.

Huge efforts are needed to meet the Europe 2020 target on poverty and social exclusion. A better balance between macroeconomic, fiscal, employment and social objectives at European Union level could be necessary. Investing early in children and youth, as well as policies to develop skills and improve employability will help. Modernising welfare states will be crucial.

For the full In-Depth Analysis on ‘Poverty in the European Union: The crisis and its aftermath‘ in PDF click here. 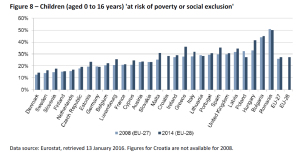 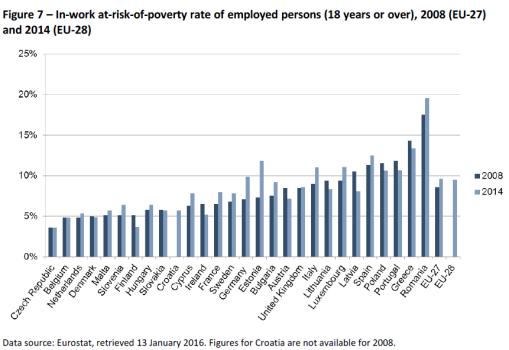