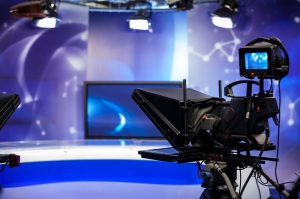 Russia’s annexation of Crimea and support for separatists in eastern Ukraine has unleashed a major disinformation campaign in the Russian news media. Manipulation of information against Ukraine was identified by some analysts as part of Russia’s wider ‘information warfare’ against the West. Russia is investing heavily in media outlets that are targeting foreign audiences, notably radio service Sputnik and international broadcaster RT (formerly known as Russia Today).

Proposals to counter Russian disinformation are being discussed at EU level. On 19–20 March 2015, the European Council adopted conclusions  inviting to prepare an action plan on strategic communication by June 2015 and to establish a communication team. The EU Task Force countering the Russian disinformation campaign started work in September 2015. Its aim is to work on developing communication products and media campaigns that focus on explaining EU policies in the Eastern neighbourhood region. It will also monitor the media.

In its resolution of 10 June 2015 Parliament calls on the Commission “to earmark without delay adequate funding for concrete projects aimed at countering Russian propaganda and misinformation within the EU and abroad.” In two resolutions of 12 March 2015 and of  15 January 2015 MEPs reiterate “the EEAS and the Commission to present an action plan with concrete measures to counter the Russian propaganda”.

This Keysource is a collection of documents and publications relating to the Russia’s manipulation of information and the EU’s response.

The EPRS has produced on this subject the following documents:

Understanding propaganda and disinformation / Bentzen Naja, At a glance, European Parliamentary Research Service, 13 November 2015, 2 p.
The growing emphasis on countering manipulation of information calls for an equally attentive approach to the usage and definitions of the terms involved.

Russia’s manipulation of information on Ukraine and the EU’s response / Bentzen Naja , Russell Martin , Briefing , European Parliamentary Research Service, 27 May 2015, 7 p.
“nformation has become central to the Ukraine crisis, with some analysts even referring to an ‘information war’ initiated by Russia.

Ukraine joins the information war with Russia / Bentzen Naja , At a glance , European Parliamentary Research Service, 26 May 2015, 2 p.
Ukraine’s current policies and developments on the information front are characterised by the on-going crisis in eastern Ukraine and a massive Russian disinformation campaign.

Russian media – under state control / Russell Martin, At a glance, European Parliamentary Research Service, 26 May 2015, 2 p.
Media freedom in Russia peaked in the 1990s after censorship was abolished in 1988. However, since then the country has fallen to the bottom of the international league tables compiled by NGOs Freedom House and Reporters without Borders.

Understanding hybrid threats / Pawlak, Patryk, At a Glance, European Parliamentary Research Service, 22 June 2015, 2 p.
As policy-makers struggle to grasp what hybrid threats mean for national security, it is pertinent to recall the origins, the meaning, and legal challenges associated with this concept.

Putin’s Information Warfare In Ukraine: Soviet Origins of Russia’s Hybrid Warfare  /  Maria Snegovaya, Institute for the Study of War, September 2015, 28 p.
Russia has been using an advanced form of hybrid warfare in Ukraine since early 2014 that relies heavily on an element of information warfare that the Russians call “reflexive control.”

Public opinion and propaganda in Russia , ECFR Commentary, Alexey Levinson, July 2015
The idea of Europe launching an alternative Russian-speaking TV channel to compete with Russia Today has been circulating for quite some time… [but] many Russian expats in London and elsewhere who were free to watch whatever TV news they liked supported the actions in Crimea.

Russia’s Hybrid War in Ukraine: Breaking the Enemy’s Ability to Resist / András Rácz, The Finnish Institute of International Affairs, June 2015
What are the main features and characteristics of Russia’s hybrid warfare as conducted in Ukraine? Is the Russian hybrid war a universal warfare method deployable anywhere, or is it more country or region-specific?

The Challenge of Russia’s Anti-Western Information Warfare / Anton Shekhovtsov, Dimplomaatia, April 2015
“This article looks at the nature and forms of Russia’s information warfare, and discusses how the West might challenge it. ”

Russia’s info-war: theory and practice / Johnston, Cameron, EUISS Alert No22, April 2015, 2 p.
“The fabrications and distortions propagated by the Kremlin during the Ukraine crisis have made the concept of ‘information warfare’ common currency. Less widely appreciated is the Russian leadership’s understanding of the term and the vision of the world upon which it rests.”

Russia’s info-war: the home front / Cameron Johnston, EU ISS Alert No18, March 2015, 2 p.
“The use and misuse of information is as important to today’s Kremlin as it was to the Soviet Politburo. But if the ultimate goal is the same – to control the people from above – the techniques used to achieve it are strikingly different.”

War of words: the impact of Russian state television on the Russian Internet / Christina Cottiero, Katherine Kucharski, Evgenia Olimpieva & Robert W. Orttung, Nationalities Papers: The Journal of Nationalism and Ethnicity, March 2015, 25 p.
“How effective is Russian state television in framing the conflict in Ukraine that began with the Euromaidan protests and what is its impact on Russian Internet users?”

Unplugging Putin TV : How to Beat Back the Kremlin Propaganda / Peter Pomerantsev, Foreign Affairs, February 2015
“It isn’t just a question of censorship. Inside Russia, many sources of accurate information survive. True, most of them are now either websites or newspapers—television, the main source of news for most Russians, is controlled by the Kremlin”.

The Menace of Unreality: How the Kremlin Weaponizes Information, Culture and Money  / Peter Pomerantsev, Michael Weiss, The Interpreter, The Institute of Modern Russia, NewYork, November 2014, 44 p.
The authors of this report discuss Putin’s use of old and new tactics to manipulate not only domestic public opinion, but also opinion in Europe and the United States.

Russia’s Hybrid Warfare -Waging War below the Radar of Traditional Collective Defence / Aleksandr Golts, Heidi Reisinger, NATO Defense College, November 2014, 12 p.
“The crisis in Ukraine has redefined conflict in Europe. An unprecedented combination of regular, irregular and criminal elements operating across real and virtual spaces has resulted in one of the most significant illegal territorial grabs in Europe since the end of the Second World War.”

Russian State Media: How is Russia’s state media structured? How has it grown? Is it effective? / Thomas Campbell, Victoria Burnside Clapp, Matthew Wallin, American Security project, Briefing Note, September 2014, 7 p.
“Russia has focused on expanding its state media apparatus for several years. Russian state media appears more effective in influencing opinion at home than abroad. A unified response to counter Russian state media outside of Russia may be unnecessary due to low credibility.”

Russian Influence Abroad: Non-state Actors and Propaganda  / Chatham House, Russia and Eurasia Programme, Meeting Summary, October 2014, 10 p.
This is a summary of the event held at Chatham House in October 2014, where Peter Pomerantsev and John Lough talked about the concept of ‘information war’, the success of Russian lobbying in the ‘near’ and ‘far’ abroad, and measures necessary to combat it.

Countering Russian Propaganda Abroad / Daniel Kochis, The Heritage Foundation, October 2014
“American policymakers and the public should be aware of the pernicious effects of Russian propaganda and take steps to counter its impact. ”

Everyone Lies: The Ukraine Conflict and Russia’s Media Transformation / Jill Dougherty, Shorenstein Center on Media, Politics and Public Policy, Discussion Paper Series #D-88, July 2014, 29 p.
This paper traces the shift in Russia’s ideology and its effect on media coverage of the Ukraine conflict.

European Council Conclusions on external relations , 19 March 2015
“The European Council stressed the need to challenge Russia’s ongoing disinformation campaigns and invited the High Representative, in cooperation with Member States and EU institutions, to prepare by June an action plan on strategic communication. The establishment of a communication team is a first step in this regard.”

European Parliament resolution of 9 July 2015 on the review of the European Neighbourhood Policy (2015/2002(INI))
71. Calls for the EU to strengthen its capacity to counter misinformation and propaganda campaigns against itself and its Member States..

European Parliament resolution of 10 June 2015 on the state of EU-Russia relations (2015/2001(INI)), P8_TA-PROV(2015)0225
13. Renews its call for the development of strengthened analytical and monitoring capabilities of Russian propaganda..

European Parliament resolution of 12 March 2015 on the Annual Report from the High Representative of the European Union for Foreign Affairs and Security Policy to the European Parliament (2014/2219(INI)), P8_TA-PROV(2015)0075
37.  Emphasises the need for a coherent European approach towards the misinformation campaigns and propaganda activities pursued by Russia..

European Parliament resolution of 12 March 2015 on the murder of the Russian opposition leader Boris Nemtsov and the state of democracy in Russia (2015/2592(RSP)), P8_TA-PROV(2015)0074
7.  Calls on the authorities of the Russian Federation to stop the shameful propaganda and information war against its neighbours..

European Parliament resolution of 15 January 2015 on the situation in Ukraine (2014/2965(RSP)), P8_TA-PROV(2015)0011
27.  Calls on the Commission and the Commissioner for European Neighbourhood Policy and Enlargement Negotiations to prepare and present to Parliament within two months a communication strategy to counter the Russian propaganda..

How media is used to influence social and political processes in the EU and Eastern neighbouring countries , Rapporteur: Indrė Vareikytė, 27/05/2015.

EED’s Recommendations: How to Challenge Kremlin Dominance in Russian Language Media Space, May 2015
The Netherlands and Poland, together with the European Endowment for Democracy in Brussels, have come up with some concrete ideas on alternative TV content for Russian-language audiences, both news and entertainment.

http://mediafreedomwatch.org
Special news website to reflect the situation with the rights of journalists and the media in the six countries of the Eastern Partnership.

NATO Parliamentary Assembly report The battle for the hearts and minds: countering propaganda attacks against the Euro-Atlantic Community , 12 October 2015

NATO has launched a new web portal called “ Setting the Record Straight ” and offers interviews with officials to Russian journalists.

Denmark, Estonia, Lithuania, UK: in January 2015, four countries had sent a letter to the European Commission and the High Representative of the EU, Federica Mogherini, asking of « «booster» activities of communication strategy of the European Union facing the Russian disinformation.

Latvia: LTV working on new channel for Latvia’s Russian speakers , the Baltic Times, April 2015. It is scheduled to debut in mid-2016.

StopFake.org : Russian propaganda
Launched in March 2014, stopfake.org is a dedicated fact-checking website run by a group of Ukrainian journalists determined to counter the rising tide of disinformation originating from Russian news outlets.